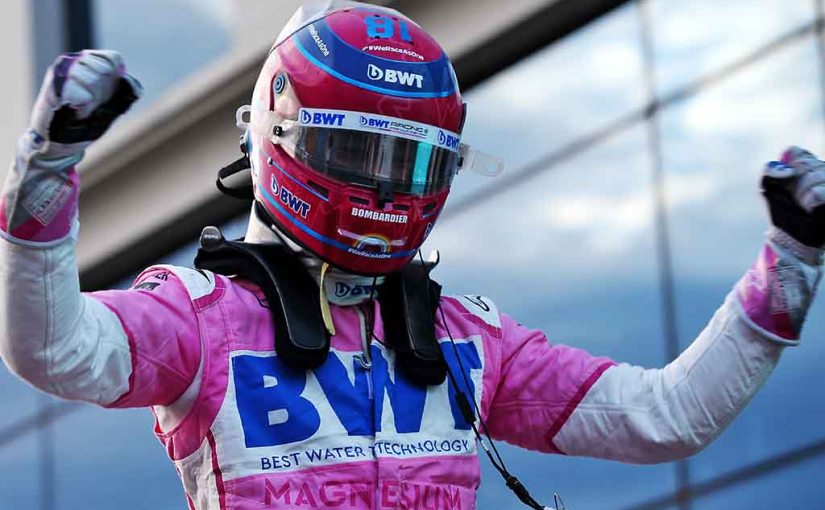 After a complicated and nerve-wracking wet qualifying at the Istanbul Park, Lance Stroll astonishingly sets the fastest lap for what will be his first start on pole position. Will Mercedes’s winning streak after the Turkish GP end?

Who could have imagined such a crazy qualifying session? The conditions of the track for the three free practice sessions were already challenging. The new tarmac, that the organizers of the Grand Prix prepared, turned out to be an ice rink for Pirelli tires. Even in regular weather conditions. Rain just turned the dial to the max, providing for an exciting, but tough race to set the fastest lap.

All drivers were struggling to keep their cars on track. No one excluded. Max Verstappen and Charles Leclerc proved to be the ones coping the best with the slippery tarmac, securing the two top spots respectively in all of the free practice sessions. Choosing the right tire strategy was key. Many drivers stuck to the full wet tire, although some brave racers tried to use Pirelli’s intermediate option, to earn some advantage in speed. The grip was inexistent for everyone, even for those that chose the blue-striped compound.

Q1 turned out to be madness, with multiple drivers going off the track, looking like they were driving on ice with no snow chains on. Gaps between drivers were huge, separating the top spot of the ranking and the 15th place, the Q1 cut-off spot, by over 11 seconds. The two clear favorites for pole, Verstappen and Leclerc, were fighting against their car trying to do what it wants, turning out to be very time costly, both struggling to make it into Q2. Six minutes before the end of Q1 the FIA decided to red-flag the session, due to the weather conditions that made the track undriveable. The Red Bull and Ferrari drivers found themselves at the bottom of the cut-off line, securing respectively the 15th and 16th spot. They only had two last chances after the restart to set a good enough time to enter the next qualifying stage of the Turkish GP.

After a long, but detailed analysis of the track, done by safety car driver Bernd Mayländer, the session restarted, although the conditions were still not optimal. Many drivers were seen spinning off-track and one, in particular, Romain Grosjean, got stuck in the gravel at the edges of the track, forcing the FIA to red-flag Q1 again. Only being three minutes remaining, everyone just had one last shot to set their flying lap. Verstappen secured the top spot of the ranking, Hamilton barely made it into the next round, qualifying in 14th place.

At the start of Q2, it finally stopped raining, slightly improving conditions. The “Flying Dutchman” seemed to have what it takes to get on pole, setting the fastest lap at every attempt. Others were struggling to warm up their tires properly, especially the two Ferrari drivers, which didn’t make the cut for Q3. Leclerc, the big favorite to take the crown, suddenly didn’t have any pace and dropped down to P14.

Surprisingly, both Alfa Romeo drivers made it for the first time this season to the last round of qualifying.

Going into the round that matters, Perez and Ocon took a risk mounting on their cars the intermediate tire, while everyone else was lapping the circuit with the full wet compound. The strategy paid off for the Racing Point driver, securing provisional pole with an astonishing time of 1:52.037. “Inters” were the right choice for the track conditions, which made most of the teams change their drivers’ tires, allowing them just one attempt to get the top spot.

Verstappen beat Perez’s time, but Lance Stroll, Checo’s teammate, secures out of nowhere an incredible pole position, his first in his Formula 1 career.

A disappointing qualifying session for Lewis Hamilton, which will start the Turkish GP from the third row. His worst qualifying of the season.

If he can pull the rabbit out of a hat, now’s the time. Winning in Turkey would end the championship fight while making history by equalling the most championship titles won by the legend Michael Schumacher.