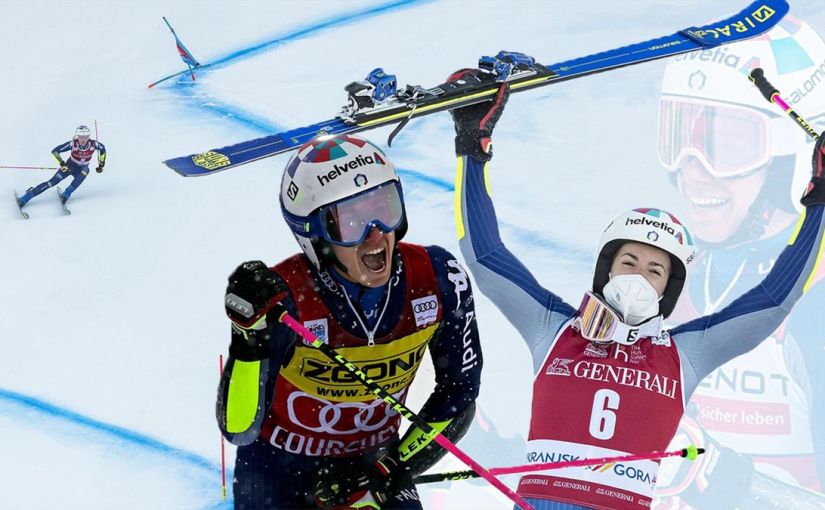 Marta Bassino’s dominance in the Giant Slalom discipline of the FIS Alpine Ski World Cup continues by winning back-to-back races in Kranjska Gora. Besides being the undisputed leader of the standings and the red bib wearer, the Longines Rising Ski star also reached a new record by triumphing four out of five times in the technical specialty this season.

Marta Bassino did it again. Winning the opening race in Sölden and subsequently the next three out of four events wasn’t enough: She was hungry for more. Kranjska Gora was her stage to shine, her back-to-back wins demonstrate the phenomenal physical shape she’s in.

The Italian upcoming ski star never held back when it came to racing in Giant Slalom. Her superiority and demolishing dominance in the discipline resembles the Marcel Hirscher decade in the Men’s World Cup. She’s been wearing the red bib since the season-opening race in Austria and has only missed out on points in Courchevel. The prospects are rosy for Marta Bassino. Raising the Crystal Globe for the first time in her career is not a far-fetched idea. Can the 24-year old from Borgo San Dalmazzo attempt dethroning the current Overall standings leader Petra Vlhova with her 623 points as well?

The Swiss Michelle Gisin and Slovenian Meta Hrovat completed the podium of the second Kranjska Gora Giant Slalom with respectively 66 and 73 hundredths of a second of delay behind Bassino.

The Swiss bounced into second place of the Overall standings, just 60 points off the top spot defended by Vlhova. The Czech barely missed out on the big Crystal Globe trophy last season against Italian Federica Brignone. This year’s task seems not to be any easier. With both Gisin and Bassino as competitors, the Slalom specialist and last year’s discipline’s winner has to deliver and maximize points to secure the highly contended top spot of the standings.

Meta Hrovat earned third place on home soil for the second season in a row. Last year’s race in Kranjska Gora was the Slovenian’s first career podium in a tie with Wendy Holdener. This year, she didn’t need to share the trophy with anyone, her blistering time of 2:18.79 spoke for itself. The 22-year-old seems to have found the special something the other athletes are missing to reach the podium at the Slovenian event.

Kranjska Gora was a big disappointment for Mikaela Shiffrin, who posted the fastest time in the first run but didn’t manage to capitalize on her advantage, only finishing in sixth place. The American superstar is still recovering from the tragic loss of her father, of which she suffered from almost a year ago. Only having won two times this season is unusual for Shiffrin. We hope to see her at the top again soon.

There are only three Giant Slalom races to go, the next one being held at the Kronplatz in South Tyrol on the 26th of January. Can Bassino win her third race in a row on home soil?