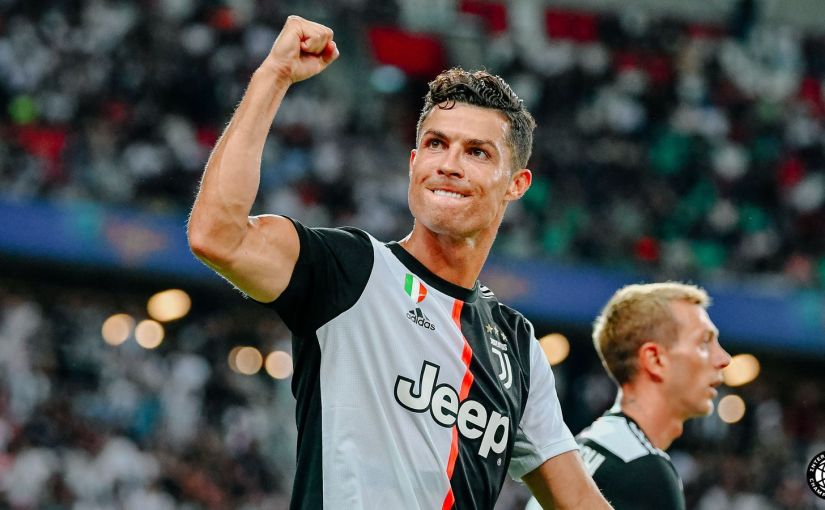 Juventus annihilates the Blaugrana to earn the top spot of the Champions League Group G ranking, beating them 0:3 thanks to two penalty kicks scored by the one and only CR7. Never had an Italian team scored as many goals against Barcelona at Camp Nou.

What a stellar night it was for Juventus. The decisive Matchday 6 game was the last opportunity for the Bianconeri to secure the top spot of the Champions League Group G, allowing them to play in the round-of-16 with the 2nd best team ranked in the other groups. Juventus had a colossal task to be able to beat Lionel Messi and his team to 1st place. They needed to score at least three goals and have a two-goal difference to pass the group stage as leaders.

Barcelona was unbeaten in 38 UEFA Champions League home matches, a run that started in September 2013. On the 8th of December 2020, over seven years later, the winning streak came to an end, thanks to a historical team effort of the Italian club.

It was the night of the exes. Miralem Pjanić, who played four years for the Old Lady and was considered as one of the pillars of the team, was part of an exchange deal undergone by Barça and Juve last summer. The 30-year old Bosnian player got transferred to the Catalan team. Arthur, the young Brazilian prodigy, arrived in Turin to play for Juve.

Before the Matchday 6 game between the two rivals, Miralem Pjanić released an interview to La Gazzetta Dello Sport, voicing criticism against his new coach Koeman and the atmosphere at the Spanish team, sparking rumors of him wanting to move back to Italy.

That did not help the Spaniards to keep a united front against the Bianconeri. The Blaugrana struggled the whole match. Keeping up with the high pace of the game was not an easy task for the strained team. Their current performance in La Liga is not helping the morale of the team either.

Right from the get-go, the Old Lady set the pace, dominating the field. The Catalans were like puppets in the hands of the Juventini puppeteers.

Shivers came down the back for the Barça supporters in the 12th minute of the match.

CR7 was fowled in Barça’s penalty area, letting Tobias Stieler award a penalty to the Bianconeri. Cristiano Ronaldo’s talent and knowledge from the penalty mark allowed him to score what would be the first of three goals of the match.

Soon after, a perfect pass from Cuadrado turned into an assist for McKennie, who blasted the ball mid-air into the goal defended by German Ter Stegen. Juventus scored two goals in the first twenty minutes of the match, something that no one could have seen coming.

The Bianconeri were striving, thanks in particular to Álvaro Morata’s deadly counterattacks, which put loads of pressure on the Catalan club. The intensity was at an all-time high.

A first-half-last-minute scare was McKennie knocking down Messi in the Bianconeri’s penalty area, but the VAR demonstrated that the foul was an accident and not intentional. No penalty was awarded.

The second half of the match saw Barça fight back, but the Italians were just on another planet. McKennie, who in my opinion was the man-of-the-match, kicked a challenging ball towards Ter Stegen’s goal, which the German, by a miracle, managed to punch off the pitch. The VAR showed Lenglet touching the ball with his hand far off the sides of his body inside of his penalty area. Tobias Stieler decided to concede the second penalty of the match to the Juventini.

CR7 did not disappoint and scored the second penalty and final goal of the game. Juventus had earned the needed advantage to secure first place in the group ranking.

The legendary Italian goalkeeper Buffon, who replaced Szczęsny for this match, saved the Juventini from a potential goal at the 65th minute of the game, proving that he still is one of the greatest, even at age 42.

Bonucci managed to score a fourth goal for Juve, which unfortunately did not get validated due to Ronaldo’s offside. He had served the Italian defender the ball.

Juventus was playing their best football of this season. The team looked united, supporting each other and fighting for every ball, no matter which position the players were supposed to be playing. Even CR7 gave it a go sweeping the ball off Messi in his penalty area during the second half of the match.

FC Barcelona is in big trouble. Potentially, they could draw a top-ranked team that could cut their Champions League path short, letting them miss out on a substantial amount of money, of which they are in desperate need.

Now, we can only wait until the 14th of December to find out against which team Juve will play in the round-of-16. Fact is, they will have an easier task than the Spanish rivals to make it to the quarterfinal stage of the 2020/2021 Champions League.